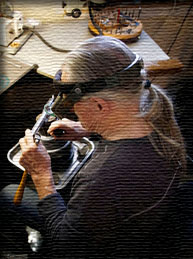 Séan McVicker is a man who walks a thin line. He has seen humanity at its worst, and yet strives to believe that man is good, despite all evidence to the contrary. As a survivor of the Blitz, a former military member, and a refugee from attacks in Northern Ireland that caused the deaths of family and friends, he is haunted by the ghosts of war. And yet. through his music, poetry, and engravings he celebrates life by creating small acts of beauty, as though in defiance of the tragic events that have transformed his life. The following is an oral history interview recorded at his home on Tuesday. February 15th, 2011 for Preservation Chronicles.